Home » Why Adventure Race (and Are You Ready?)

Most folks haven’t heard of adventure racing – while it’s been around a while, the logistics of putting one on compared to say, a triathlon or a 10k, boggle the mind. Race directors don’t typically make the bank with such ventures, and it can cost a lot for the participants to get involved as well.

Maybe you’re not a racer but it sounds like an adventure.

Maybe you’re looking to bond with a friend or partner.

Maybe you just need an escape from the rat race.

The thing is, how do you get into it? If you’ve never been initiated, it can feel pretty daunting. Even the sprints: we describe ours as 2-4 hours of running, mountain biking, kayaking, and special challenges. Depending on the intensity, 2-4 hours can seem like quite a lot when it comes to a multidisciplinary activity. 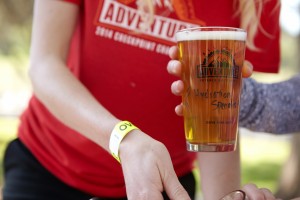 Can I really run for 2 hours? Okay, first, very few people actually run the course. I more accurate term is “trek.” You might jog some parts, but at least for our races, trying to run the whole course is pretty impossible.

Can I kayak across that lake? I’ve never done that before. Yeah, yeah you can. It’s not a specialized skill, holding that paddle and stroking. There’s definitely a technique, but most people’s worst discipline is the paddle. It’s supposed to be fun, remember?

How hard is the mountain biking? Sometimes it’s really technical, but you know what, you can get off your bike and walk it. No one is going to point and laugh. There’s that “fun” thing again. Many races only offer dirt and paved roads. Ours try to incorporate single track, but most sections are doable by anyone who can ride a bike with confidence. And if you don’t have that skill, isn’t it time you got it? This is one area where consistent practice or even attending a riding clinic will make the sport more fun.

Navigation. Eek. Yeah, I know. Not a skill you usually pick up on your own. Happily, for sprint races, we have arrows telling you where to go.  And when you’re ready – read books, the Interweb, and join an Orienteering club that will love teaching you the ins and outs – and make new friends at the same time! 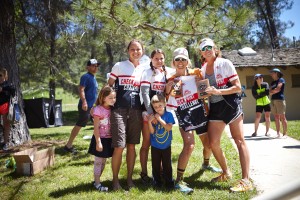 Ropes? That means heights! Double Eek! Yeah, many places of height/rope options. But note we said options. In AR, there’s always another way. Are you as scared of poison oak? You could always go down that way!

Pack some on-the-go nutrition for when you’re hungry, stay hydrated, and wear clothes that are breathable. But try it.

A Personal Tale from the Course Fixer at All Out Events:

There are a million reasons people try AR. What’s yours?

I happen to be one of those all-rounder athletes. Maybe not elite, but I get by and can usually make it through whatever anyone throws at me.

But I hate competitions.

Or, maybe you’re not really an all-rounder athlete, but you’d like to be.

Or, maybe you’re a damn good runner or biker or something, but the heart’s going out of those races . . .

That’s at the heart of why All Out does what it does: we want you to love the outdoors, your sports, and the places we’ve been gifted with the ability to play in.

When I did my first race/adventure race, I could mountain bike decently, I was suffering from plantar fasciitis and was worried about it being aggravating, and I am no total stranger to a paddle . .  . so I decided to give it a try, asking a friend of mine who was in great shape and would be a great teammate to go along with me. 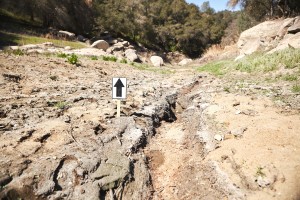 That day shall live in infamy. We took our time because it was a record-hot day and still came in respectably enough that it touched off my competitive edge (I haven’t repeated it only because my role in the race has gotten more integral) and it did something else: gave me a whole new perspective on myself.

People do sports generally for two reasons: because it just FEELS good and because it shows them that they can smash barriers. Whichever one is your drive, adventure racing does it nicely. As I finished the race, having done a course I’d never pre-run (despite my usually doing so), I had faith in the director’s ability to take care of me if something went wrong (he was, after all, my best friend), I had a partner who I knew could tolerate anything, and in the end, I did it all on my own, no complaints, and found out what I really had in me.

Not only could I do it, I could do it reasonably fast. After being off from surgeries, hanging around world class athletes, and being heavier than I’d like, it showed me something important: that my  body was worthy. That I was an adventure athlete. That I shouldn’t define myself into a box by things I haven’t done or didn’t think I could do.

And I’d say that’s a damn good reason to race.